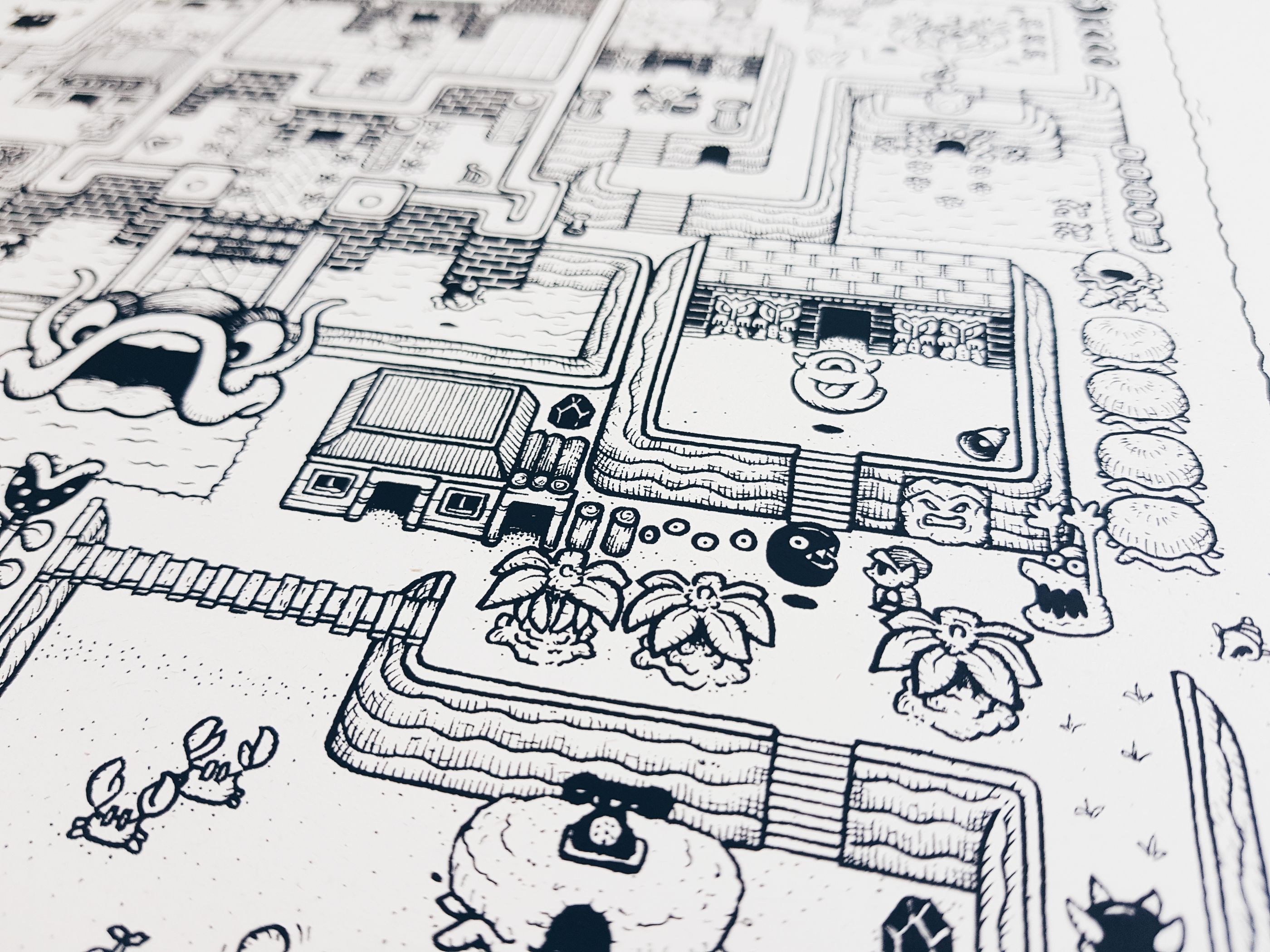 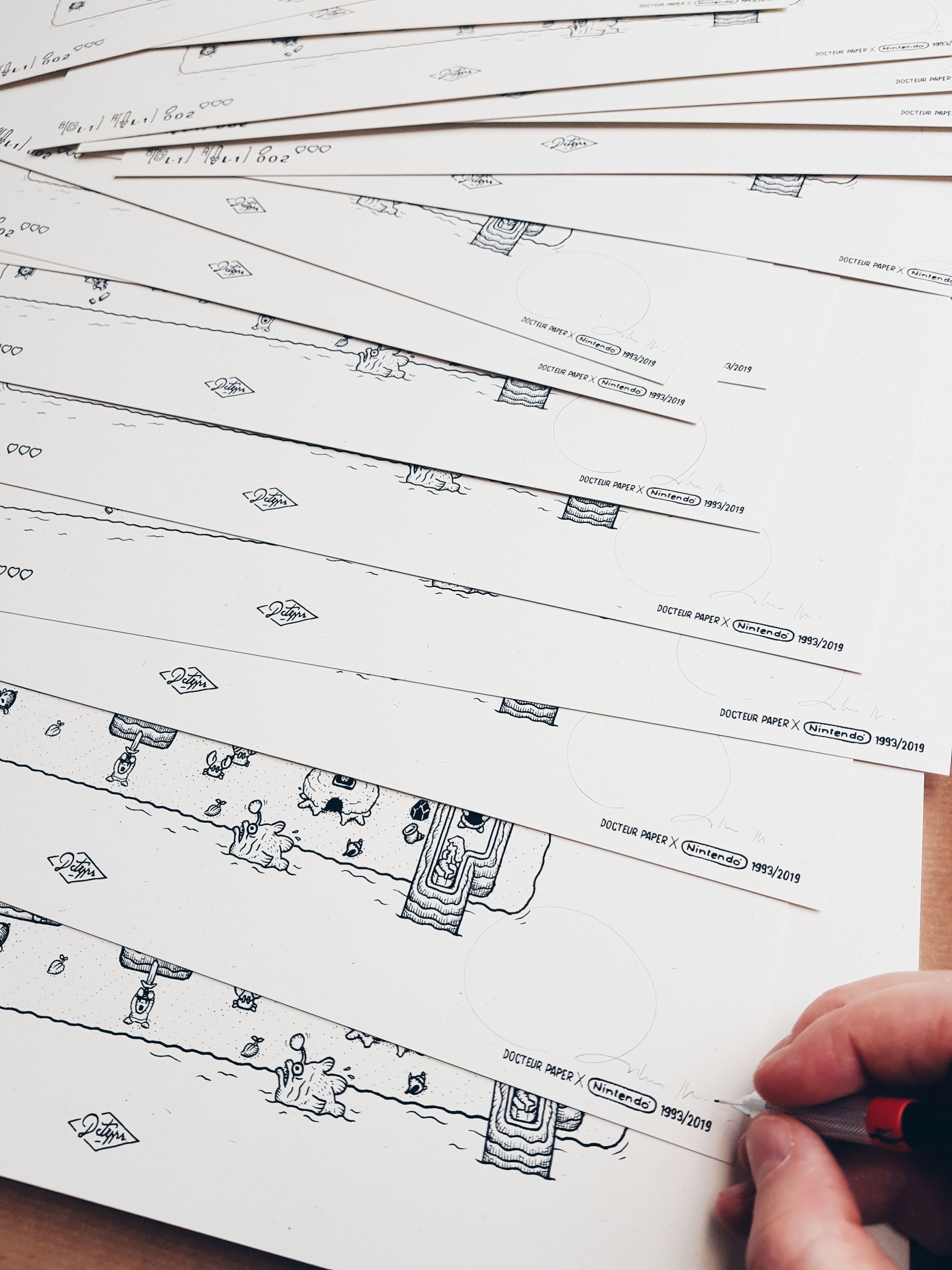 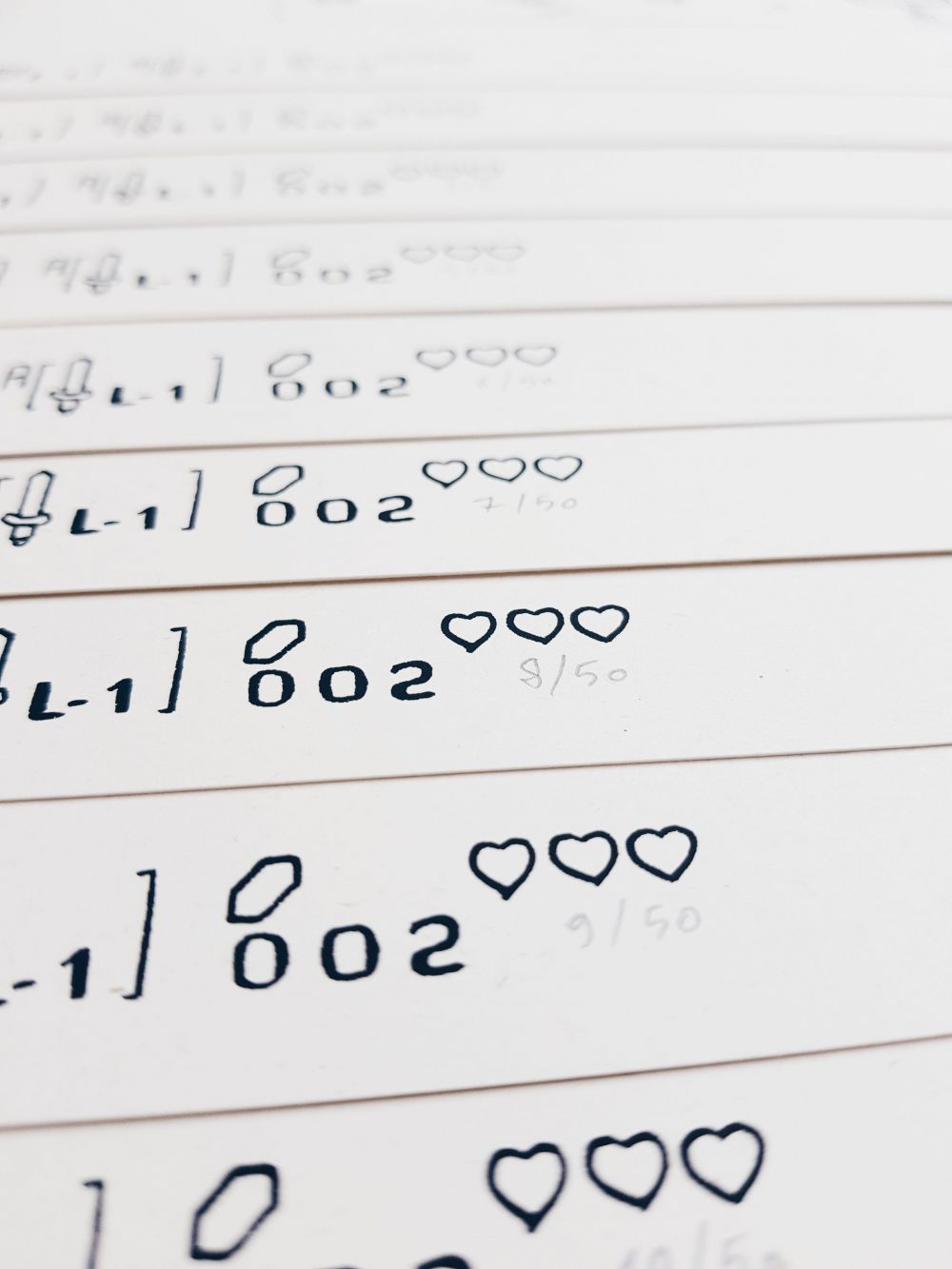 Collaboration with Nintendo !
For the release of The Legend of Zelda: Link’s Awakening on Nintendo Switch.

A modernized reissue of the game originally released in 1993 on GameBoy.

It is therefore with a certain nostalgia and a lot of pleasure that I produced this illustration based on the 1993 version, teeming with details, elements and characters from the fabulous universe of Cocolint Island on which Link wakes up after its sinking.

This website uses cookies to improve your experience while you navigate through the website. Out of these, the cookies that are categorized as necessary are stored on your browser as they are essential for the working of basic functionalities of the website. We also use third-party cookies that help us analyze and understand how you use this website. These cookies will be stored in your browser only with your consent. You also have the option to opt-out of these cookies. But opting out of some of these cookies may affect your browsing experience.
SAVE & ACCEPT
Wishlist 0
Open wishlist page Continue shopping